Over the last few months, the Radical Grace team has been working on a collaboration with Sojourners, the Jewish Orthodox Feminist Alliance (JOFA), Muslims for Progressive Values, Ordain Women, FutureChurch, and Faithfully Feminist. We are very excited to be able to share it with you, at last!

From Tuesday, April 5th through Thursday, April 7th, we’ll be experimenting with something called a “blogcast,” an opportunity for you to get involved in a conversation with women religious leaders of different faiths. Here’s how it works:

We’ll be crowdsourcing questions about how women across faiths challenge patriarchy and press for greater female leadership using the hashtag #EqualinFaith — and via a live blog embedded right here on our website, our esteemed panelists, including Sister Chris Schenk from Radical Grace itself, will share their personal experiences, reactions, and advice from one faith to another.

We love hearing what our audience members have to say in screenings and online, so we can’t wait to try this new forum, which will put you in direct conversation with women religious leaders.

And now let us introduce our panelists: 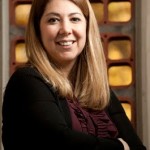 Gina Messina-Dysert – Moderator
Gina Messina-Dysert, Ph.D., is Dean of the School of Graduate and Professional Studies at Ursuline College. She has taught at multiple universities including Claremont Graduate University, Loyola Marymount University, John Carroll University and Notre Dame College. Gina is also Co-founder of Feminism and Religion, the global project that explores the “F-word” in religion and the intersection between scholarship, activism, and community; now with readers in 181 countries. 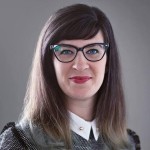 Kate Kelly
​Kate Kelly is a zealous advocate and passionate activist. She has a JD from American University Washington College of Law, the only law school in the world founded by, and for, women. She is currently the Strategic Advocacy & Policy Counsel at the Planned Parenthood Association of Utah. In 2013 she founded a group called Ordain Women to advocate for gender equality in the Mormon Church. She was excommunicated from the church in June 2014 for speaking out against the fundamental exclusion of women, but her work for parity in religion continues unabated. 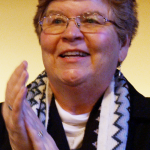 Christine Schenk
Christine Schenk, CSJ, served urban families for 18 years as a nurse midwife before co-founding FutureChurch where she served for 23 years. FutureChurch is a coalition of parish centered Catholics working for full participation of all Catholics in ministry and decision-making in the church. In October 2013, Schenk was named Executive Director Emerita of the organization. 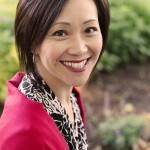 Kathy KyoungAh Khang
Kathy KyoungAh Khang currently serves as a regional multiethnic ministries director with InterVarsity Christian Fellowship (IVCF)/USA. Kathy is one of the authors of More Than Serving Tea and continues to write about the intersections of faith, culture, and gender on her personal blog by the same name. She is also an Emerging Voices leader and contributing writer at Sojourners, as well as Next Gener.Asian Church. Kathy has been a guest speaker for various Christian conferences and a lecturer at Wheaton College, Moody Bible Institute, and Trinity Evangelical Seminary. She and her husband Peter Chang currently live in the north suburbs of Chicago, have been married for almost 20 years, and are honored to be the parents of Bethany, Corban, and Elias. 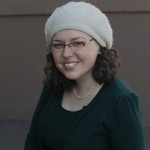 Maharat Ruth Balinsky Friedman
​Maharat Ruth Balinsky Friedman is a member of the inaugural class of Yeshivat Maharat, which is the first institution to ordain Orthodox women as spiritual leaders and halakhic (legal) authorities. She and her husband, Yoni, moved to Washington, DC in July 2013 to begin her position as Maharat at Ohev Sholom – The National Synagogue. Maharat Ruth’s responsibilities include overseeing the conversion program, developing procedures for new mikvah, directing the adult programming, providing pastoral counseling, teaching in the community, and more. Maharat Ruth is deeply committed to working to ensure that Jewish communal structures provide sensitivity and support to individuals and couples struggling with fertility challenges, and she is honored to serve on The Red Stone Advisory Committee. She is a proud member of both the Chicago and Washington Boards of Rabbis, and she sits on the Executive Committee of the board of the International Rabbinic Fellowship, of which she is also a member. Maharat Ruth is also a founding member of the Beltway VAAD. 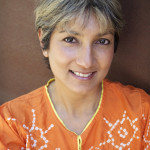 Ani Zonneveld
Ani Zonneveld is a writer, a singer/songwriter, speaker, a human rights defender, founder and president of Muslims for Progressive Values (MPV), a grassroots faith-based human rights organization. Founded in 2007 in Los Angeles, MPV advocates for egalitarian expressions of Islam, for women’s rights, LGBTQI rights, freedom of expression, and freedom of and from religion or belief. MPV promotes these values at the United Nations by challenging human rights abuses in the name of Islam, by offering an inclusive understanding based on universal human rights and justice, and through its presence in 16 cities in 12 countries. As a speaker/singer, Ani’s message is of social justice, human rights, and peace from a progressive Muslim women’s perspective. Born and raised Muslim from Malaysia and based out of Los Angeles, she spearheads the progressive Muslim movement both internationally and in the U.S.

Don’t forget to check back in. We’ll update this post with the blogcast once it’s live. NEttiCasino HEX

Hello,
I just watched your film, ‘Radical Grace’ on CBC’s ‘The Passionate Eye’. I was very moved and wanted to reach out and let you know that. I was baptized a Catholic but left the church years ago. When I was just 13 I approached the priest in our parish and asked why there were no women priests, no one on the alter that reflected God in my image? That priest told me the church had far bigger issues to address and that this was not a real issue. That response was the beginning of my estrangement from the church. I went on to become a social worker with a minor in feminist studies and what I saw in your film was true social work and true feminism. I support your leadership in the church and your spiritual discernment and activism. I think you are right that people are looking, as always, to women for leadership and change. I am relieved that the Vatican showed wisdom in rescinding it’s action against you. Thank you. Yours, Holly Bradley. Nanaimo, British Columbia

Vatican ruled as it did. It shows wisdom and humility an

Great documentary showing the many human faces and passion of the church. Thank you sisters for being so brave. Keep on the good fight.
Sister Jean Hughes was a great source of hope and inspiration for all teachers. I’m a bit worried that such a wonderful person will be irreplaceable,… Are her students still getting the care and the love she was providing them? I hope her Spirit will continue with acts of humanity towards the disinfranchised.

I was profoundly moved by the powerful, inspiring and artfully made “Radical Grace”, which I saw today at the Boulder International Film Festival. To me, raised Catholic (still spiritual, Christian, but no longer practicing) these courageous, loving, dedicated and creative women represent Christ at work today, pure Christianity. Beautiful to behold. There is so much ugliness today in the name of Christianity. There is still life and hope! Astounding, if not surprising, to me that the Vatican would persecute these women, while hiding and allowing the sexual abuse by priests to go on for decades (as it did in my parish). Interesting timing with “Spotlight”. I was struck by Sister Jean’s struggle, contemplating having to choose her work over her Church. I thought, she didn’t walk away, but she did fly away when she died. It occurred to me that the nuns in habits seem to me to be rather like the Muslim women who cover themselves with Hijabs or Burkas (I respectfully acknowledge many of them chose to). It seems to be more like a way men have devised to protect themselves from their own ‘temptation’, to shield themselves from women’s femininity, sexuality. A means of control. I always wondered growing up why the priests could wear ‘street’, secular clothing, but never the nuns. I love how they did it, so they could better do their work. Thank you so much for this great contribution to this important conversation and movement.